How to Start Genius Hour in Your Classroom

How to Start Genius Hour in Your Classroom

When it comes to personalized learning in the classroom, no single thing is as powerful as Genius Hour for my students. Learn how to start Genius Hour in your own classroom. 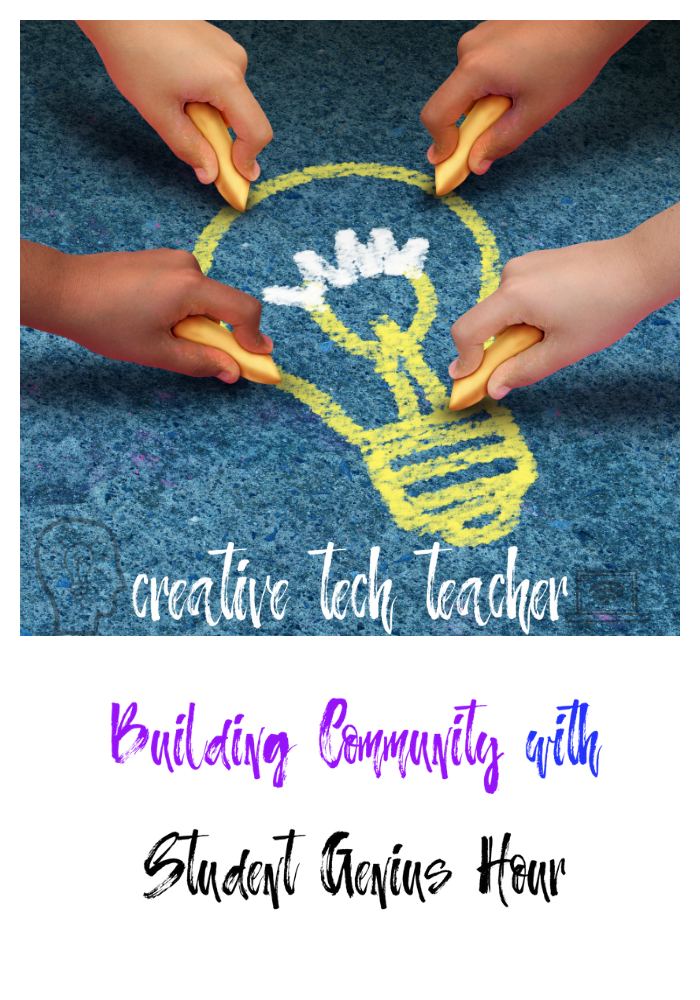 Genius Hour has its early foundations at companies like Google, which gave their employees 20 percent of their work week to study and implement innovative ideas that would better the company. Gmail, Google News, and Adsense are “20% time” ideas.

It’s not a bad model for teachers to emulate, either.

I love telling my students that Genius Hour is my #geniushour.

How to Start Genius Hour in the Classroom

In my classroom, Genius Hour means students get to use at least one hour of their class time each week to explore their own questions, create projects, and share with others. When I first heard about carving out this time, I was excited to try it with my students because I thought it would be a fresh way to integrate research and questioning into my Language Arts curriculum. What happened, however, was a side effect I could have never envisioned. This form of personalized learning turned a team of 120 individual eighth graders into a community. 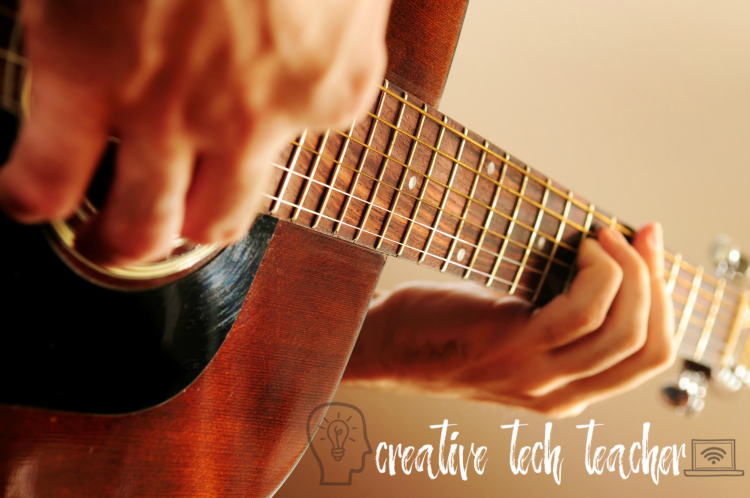 Genius Hour has three main rules. First, the students generate a question that cannot be answered by a simple Google search. Next, students create something, whether it is a book, blog, video, or a physical object. Finally, they share their creation with either their classmates, school, community, or even the world via the web.

Inevitably, some students struggle to come up with a question they want to investigate. However, letting them latch onto a classmate’s project is not always such a bad thing. Friendships can be formed between students with similar interests, and students who struggle to find things to study may be inspired by the ideas of others. What transpires is a community of learners who are invested in each others’ projects.

“Jacob” (not his real name) was a student, like many boys his age, who was fascinated with gaming and the hardware associated with certain gaming systems. “Alex” had no idea what he wanted to do for Genius Hour, but when students shared their proposals, he was eager to hear what Jacob was planning and asked a lot of questions. Jacob’s project—to fix broken XBox gaming systems—turned out to be a larger task than he thought, and he was happy to have Alex partner with him. The two students, who barely knew each other before the project began, not only formed a classroom partnership but a friendship. Jacob’s mother reported at conferences that Alex’s friendship had helped Jacob improve his grades and work completion as they would study together and then work on their project frequently outside of school.

Genius Hour also gives ownership to student learning. When my students walked into my classroom each Friday (our designated Genius Hour day), they were met with “Toby” strumming the guitar (his project was to teach himself to play), “Katie” designing an outfit by sketching out plans and sewing on her machine, or “Maddy” sprawled on the floor with paints to create a mural reflecting a novel we’d just read. This was our community. They were learning from each other, and I was learning so much from them. The relationships I was building with these 120 kids by knowing what they were passionate about, what they wanted to change about the world by learning, creating, and sharing was worth more than any student inventory or test I could give them. 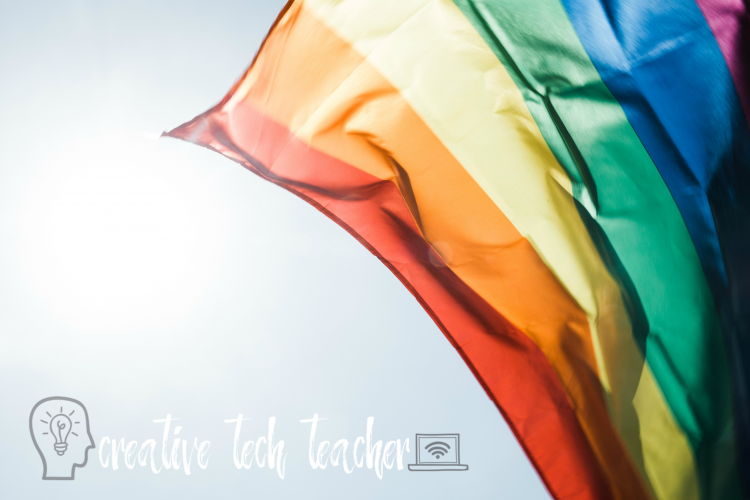 When word got out about our Genius Hour classroom, other teachers and my administrators started to take notice of the learning and excitement exuding from our classroom walls. District administrators had me present to teachers on how to start Genius Hours in their own classrooms. As more teachers in the building began to get involved, the impact on the school was significant.

Two students helped another teacher start a Gay Straight Alliance club that helped LGBTQ students feel more accepted in school. Meetings would consistently have 40 or more students in attendance. Teachers reported that students who rarely spoke in class were starting to participate and hold their heads up. Student leaders were calling out other kids on bullying.

One group of students decided to raise money for new swing choir costumes by selling candy grams for their Genius Hour project. They researched business practices, advertising campaigns, and within four days raised $400.

In a nearby elementary school, a student collected 2,500 books after learning about illiteracy statistics in the world. He wanted children in the community with limited access to books to have a window into reading.

Our tiny classroom project was making big waves in our community, and it was about more than personalized interests. Students and teachers were making a difference.

Students care about what is going on in their classrooms, schools, and communities. They want to be the change.

It was an honor to present on #geniushour @ #NMAL17. Ask your Ss what bothers them, what they want to learn. They care. #powerful pic.twitter.com/PVhhDM35wT 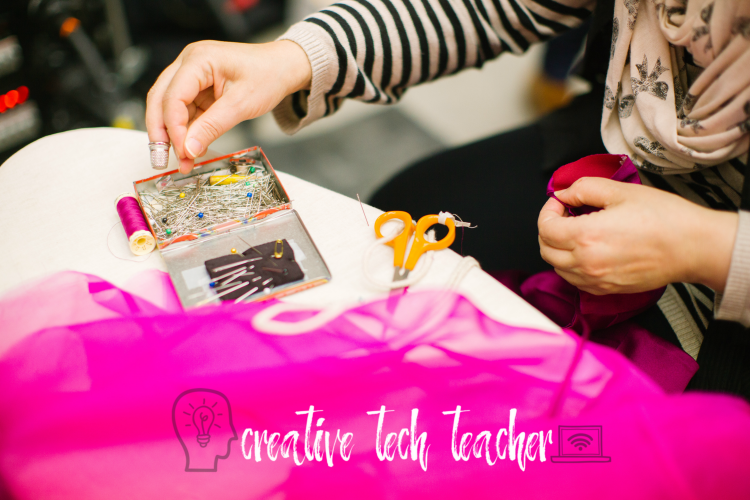 Teachers strive to teach kids to be productive members of society, and the links with Genius Hour to the community are incredibly impactful. Teachers help facilitate mentorships with community members by reaching out to friends, colleagues, businesses, and connecting via social media.

When “Katie” wanted to design her own clothing, I helped find her a mentor, a 19-year-old college student who was designing clothes that would soon grace the runways of New York City’s fashion week. Through her mentor, Katie attended Omaha Fashion Week and a business entrepreneurial conference at Metro Community College as well as make connections in the fashion industry. Katie is now studying business (in connection with fashion) in college.

As long as it’s fiscally feasible and safe, a Genius Hour topic rarely gets turned down. In fact, some projects that seem too expensive can be subsidized by reaching out to community members. Students learn how to reach out to community members, write proposals, and communicate effectively. Inspired by Katie’s creative endeavors and diligence, I called a local fabric store for donations. The manager told me I would need to fill out some forms, have a tax ID, and present paperwork. Katie went to the same store and came to school a day later with bags of fabric. My students took action and I let go as a result of Genius Hours. Your students are active, engaged citizens. Their voices are powerful, and sometimes even stronger than our own.

These connections are beneficial not only for our students but the community at-large. Teachers help foster relationships within the places where our students will attend school and possibly contribute as working members of society. This is beneficial for the common good.

Learn more about Genius Hour by  joining our online community of educators to share ideas, ask questions, and marvel of the great things creative innovative teachers are doing.

This story was originally published on EdSurge as part of the EdSurge Fifty States Project (representing the state of Nebraska) and made publicly available with support from the Bill & Melinda Gates Foundation. The thoughts and opinions expressed here are those of the individual contributors alone and do not reflect the views of the Bill & Melinda Gates Foundation. Note: the students’ real names were not used in this story.

Follow us
Why I EdCamp: Meaningful Professional Development for Educators

This website uses cookies to improve your experience while you navigate through the website. Out of these, the cookies that are categorized as necessary are stored on your browser as they are essential for the working of basic functionalities of the website. We also use third-party cookies that help us analyze and understand how you use this website. These cookies will be stored in your browser only with your consent. You also have the option to opt-out of these cookies. But opting out of some of these cookies may affect your browsing experience.
Necessary Always Enabled
Necessary cookies are absolutely essential for the website to function properly. This category only includes cookies that ensures basic functionalities and security features of the website. These cookies do not store any personal information.
Non-necessary
Any cookies that may not be particularly necessary for the website to function and is used specifically to collect user personal data via analytics, ads, other embedded contents are termed as non-necessary cookies. It is mandatory to procure user consent prior to running these cookies on your website.
SAVE & ACCEPT